Recently, while looking at the vibrant lights of Hong Kong through a bus window, I noticed for the eleven-millionth time those little dots and that black band running along the edge of the glass. “What are these?” I wondered. So when I got home, I called up a major automotive glass manufacturer to find out.

To get a definitive answer, I rang up Pilkington, a United Kingdom-based company that’s been in the glass business since 1826. I figured that they—especially since they’re now part of major Japanese glass company Nippon Sheet Glass Co., a huge player in the auto industry— could surely give me some answers.

And they did. I spoke on the phone with a man named Rick, who told me he had spent many years working with car glass. Rick knows all.

It’s All About The Frit 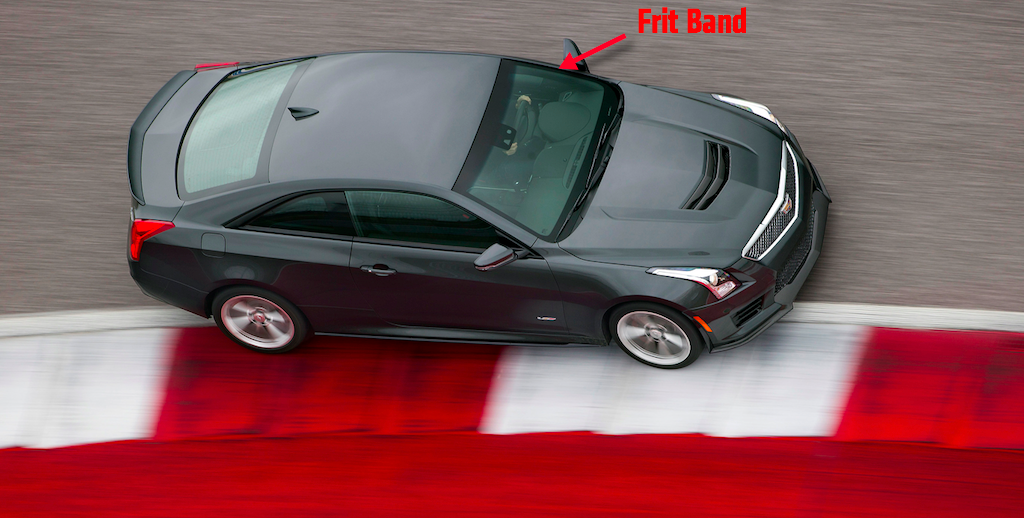 Most importantly, it acts to prevents ultraviolet sun rays from deteriorating the urethane sealant. That matters, because the sealant doesn’t just keep rain out of the car, it actually holds the glass in place. The last thing you want is the sun to cook your adhesive, and send your window flying out the next time you hit a speed bump.

The frit band also acts to provide a rougher surface for that adhesive to stick to, and it’s a visual barrier, preventing people from seeing that nasty glue from outside.

Rick told me that auto manufacturers used to use gaskets to keep windows sealed from the elements, and over top of that gasket, they’d fasten chrome trim to prevent the windshield from rattling out. In the ‘50s and ‘60s, as auto manufacturers began transitioning from metal trim to adhesives to hold the glass in place, a way of protecting the glue and ensuring good adhesion became necessary, and eventually the frit band became standard on essentially all automotive windshields.

The “dot-matrix” you see on windows is a halftone pattern, serving an aesthetic purpose. The pattern simulates a smooth gradient by gradually decreasing the size of the solid black dots as it moves inwards. This provides a more visually pleasing transition from the black frit band to the transparent glass.

UPDATE: An engineer with Pittsburgh Glass Works contacted me to point out another, more important purpose for the dots! He told me that Windshields are bent in a hot oven (like the one seen here), and that, because the frit band is black, it tends to heat up faster than the transparent glass. A sharp thermal gradient between the frit and the clear glass can cause optical distortion, or “lensing,” so faded dots are used to help create a more even temperature distribution, minimizing this distortion (and also hiding it from view).

On modern cars, there’s another group of dots on the windshield right behind the rearview mirror. As shown in the clip below, these dots, called the “third visor frit,” are there to help block the sun as it beams in from between the two front sun-visors.

So there you go: the dots on the edges of your windows are there to provide a smooth transition from that crucial solid black frit band in order to prevent distortion and to look more aesthetically pleasing, while the dots behind your rearview mirror keep the sun from your eyes.

Fairly simple, and maybe not the most important thing you learned all day, but it was eating me alive not knowing.